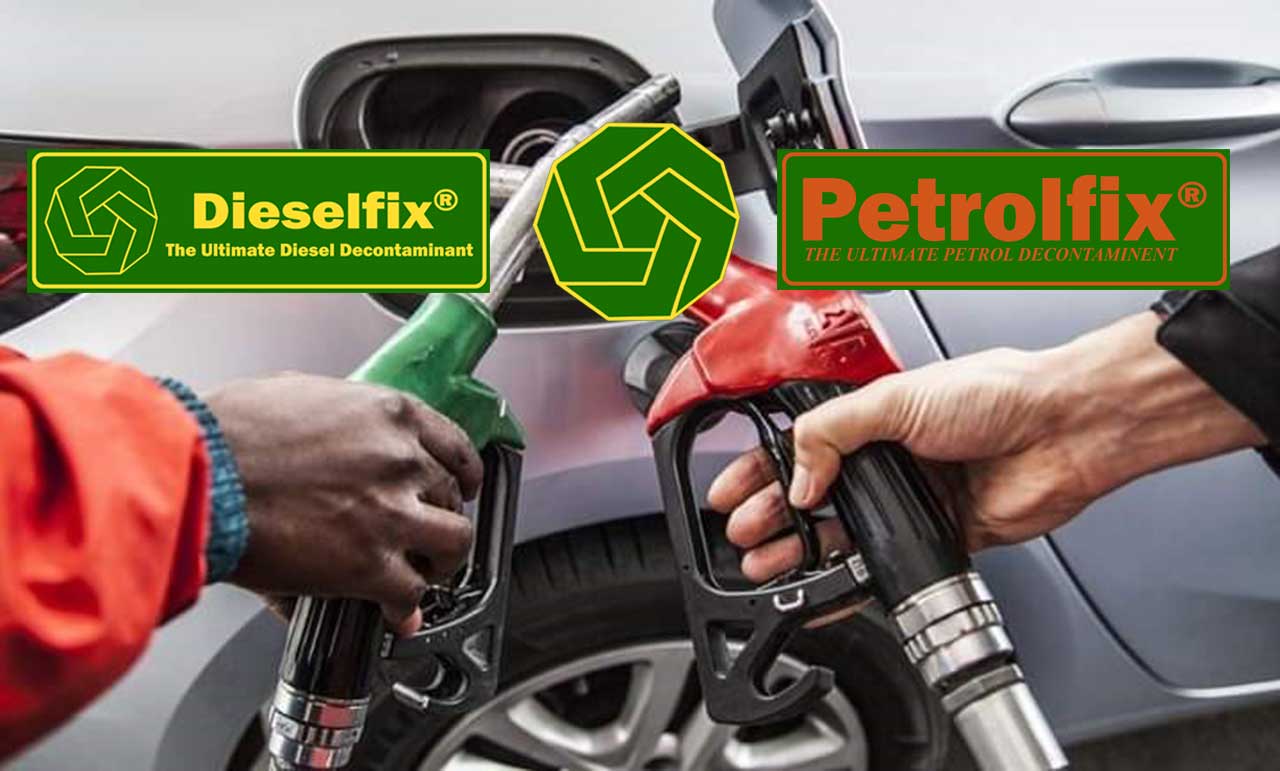 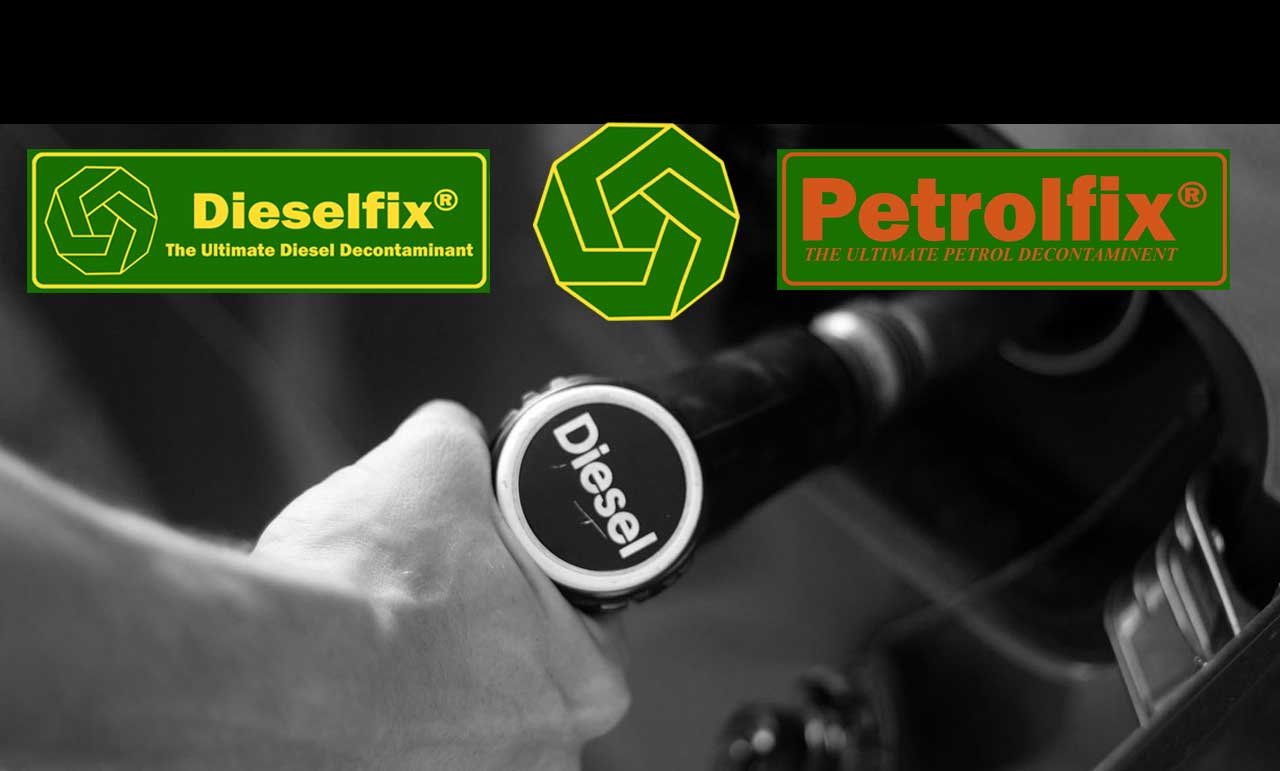 Diesel engines are now especially sensitive to even the slightest fuel contamination, with the latest specifications of diesel fuel more prone to spoilage and contamination 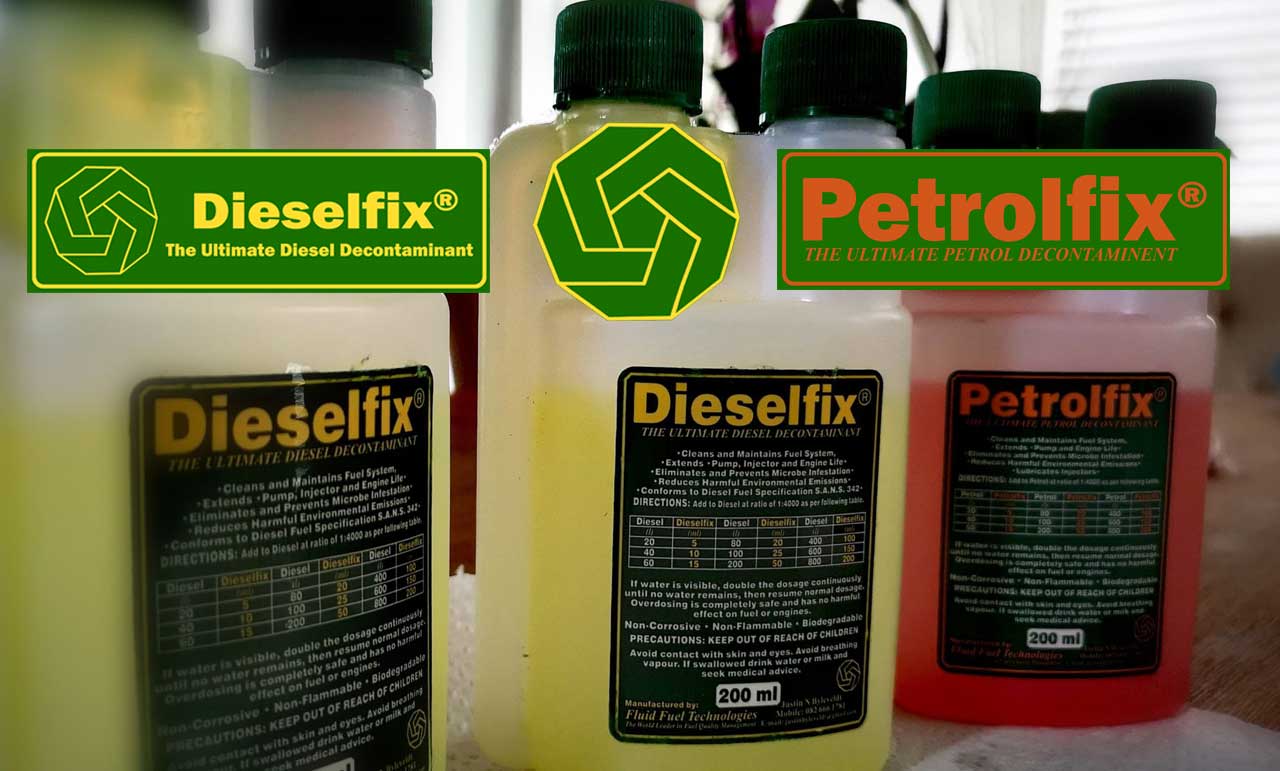 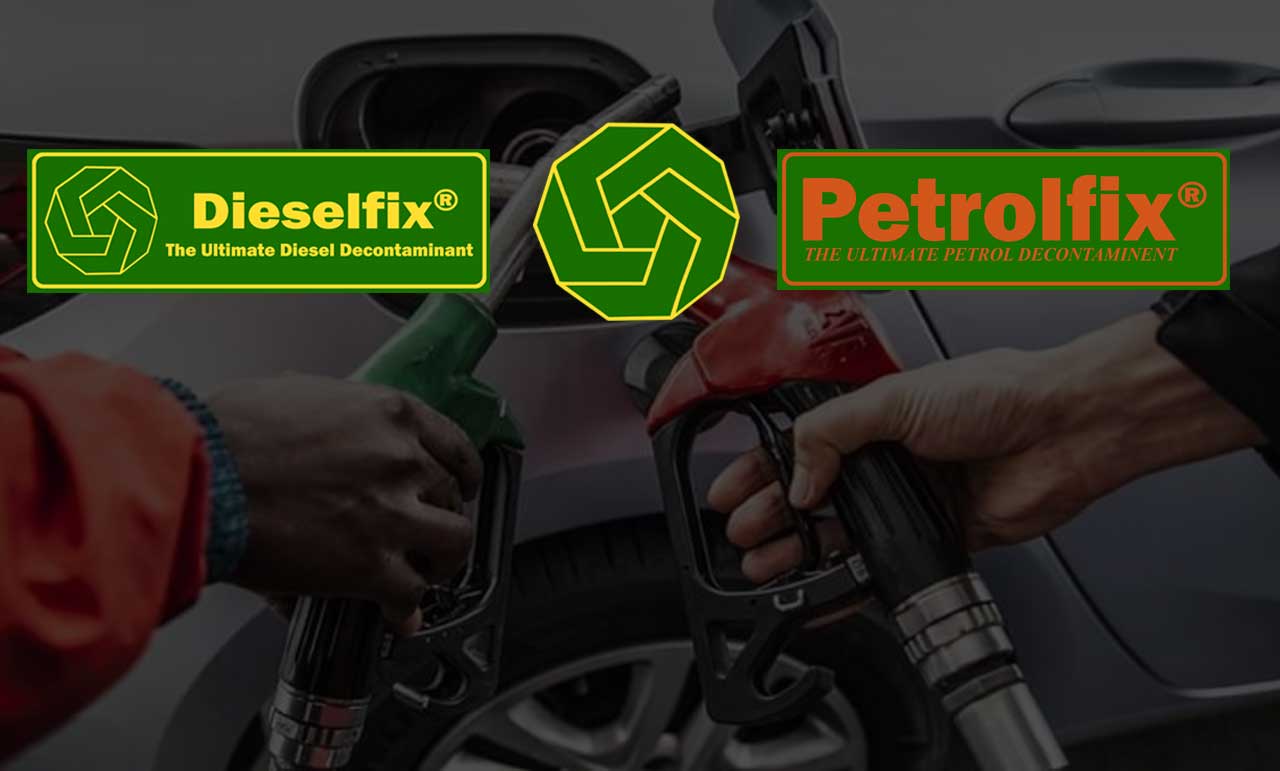 The product that was proven to work again and again!

The developer and manufacturer of DIESELFIX, David Potts, became Fleet Manager of 28 horse/interlink combinations in 1988. Operating from Vulcania, East of Johannesburg, they carried goods to Malawi, Zambia and the DRC then Zaire.

The trucks were refilling fuel tanks enroute and were experiencing breakdowns on an inordinate frequency due to blocked fuel filters. The first attempt to solve the problem was to install a 1600-litre long range tank behind the cabs of the trucks. Each truck could then  carry 2600 litres of fuel so that they could complete their return trips without refuelling

Over the years Dave Potts has performed many tests with the use of DIESELFIX. All results passed with flying colours and the product DIESELFIX was given SABS Approval from Waterkloof Airbase Pretoria.

Potts had 4 years experience in the Mining and 14 years experience as a Wildlife Manager. On the Gold Mines he learned a great deal about chemistry and a close friend of his had a factory producing water-based degreasers, so he learned (unwittingly at the time) a lot about how NOT to tackle the problem of water-content of diesel fuel.

DIESELFIX is a 100% organic product and Proudly South African.

Conforms to the specifications of SANS342

Compression-ignition (Diesel) engines are designed according to the specifications of Diesel fuel. It is imperative that any liquid passing through the fuel-injection system into the combustion chamber must conform to these specifications. (This hitherto overlooked, necessity is the reason why conventional “additives” have such a poor reputation in the diesel industry)

DIESELFIX has been submitted for testing at the South African Bureau of Standards (SABS) and proved to conform to the specifications of SANS342, the national standard for automotive diesel fuel, as it was designed to do.

It has also been tested in Australia, where it conforms to AS 3570, their standard for Diesel fuel.

In Haifa, Israel, it was tested against the requirements of EN 590, the European diesel standard. Again, as was its design criteria, DIESELFIX proved to conform.

In this absolutely crucial requirement, DIESELFIX stands alone in a field of thousands of products that all “claim” to offer similar benefits to diesel, but fall horribly short one way or another.

All DIESELFIX results passed with flying colours and the product DIESELFIX was given SABS Approval from Waterkloof Airbase Pretoria. Dieselfix  products conform to the specifications of SANS342

DIESELFIX is formulated from a totally unique combination of non-petroleum chemicals with the following benefits:-

All the benefits here! 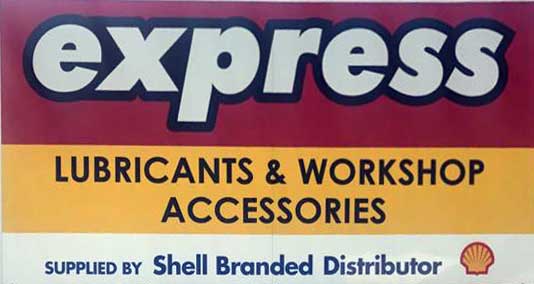 What our Clients say about DIESELFIX!